→ An object is said to be in motion if it changes its position with the passage of time with respect to a fixed point in the background. 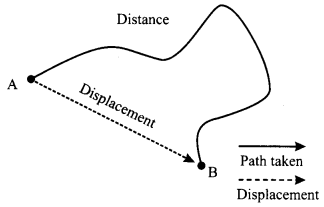 → Uniform speed: When an object covers equal distances in equal intervals of time, however small these intervals may be, it is said to be in ‘uniform speed’.

→ Uniform and Non-uniform Acceleration
a. When velocity of a body changes by equal amounts in equal time intervals, acceleration is said to be uniform.
b. When velocity of body changes by unequal amounts in equal intervals of time, acceleration is said to be non-uniform.
Examples: A freely falling ball is under uniformly accelerated motion. A car driving by applying brakes frequently, is under non-uniformly accelerated motion.

→ Equations of Uniformly Accelerated Motion:
Relation among velocity, distance, time and acceleration gives the equation of motion. There are three equations of motion for bodies moving with uniform acceleration.
a. First Equation of Motion: v = u + at

→ Graphical Representation of Motion: To describe the motion of an object, we can use different graphs. Graphical representation of motion shows dependence of one physical quantity, such as distance or velocity, on another quantity such as time.
a. Distance-time Graph: The change in the position of an object with time can be represented on the distance-time graph. The s-t graph for a moving body can be used to calculate the speed of the body. 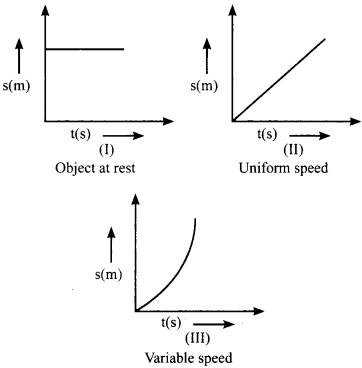 We can find out the magnitude of displacement (distance) and acceleration of a body using the velocity-time graph. The distance travelled by a moving body in a given time will be equal to the area under the speed-time graph. 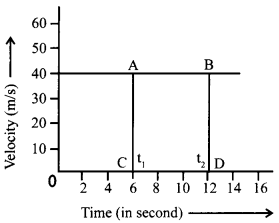 → Velocity-time graph of an object moving with constant velocity
For the above graph,
Distance travelled = area of rectangle ABCD = AB × BD
s = v(t2 – t1)
Acceleration of body = \(\frac{\text { Change in velocity }}{\text { Time taken }}\)
As in above graph, velocity is constant, so in this case, acceleration will be zero. 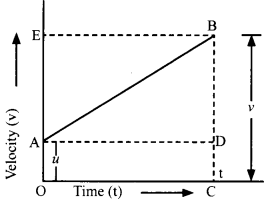 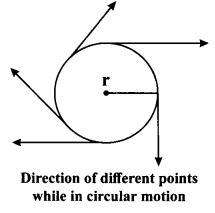