Question 1.
An object has moved through a distance. Can it have zero displacement? If yes, support your answer with an example.
Answer:
Yes, an object can have zero displacement even after it has moved through a distance. We know that distance is just the length of path an object has covered irrespective of its direction or position with reference to a certain point, whereas the shortest distance measured from the initial to the final position of an object is known as displacement. For example, an object starts from point A and after covering a distance of say 50 metres, reaches at point B. Hereafter, it again moves back to point A. 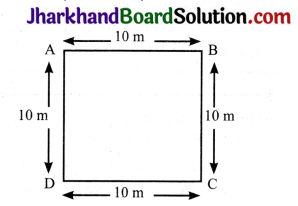 Question 3.
Which of the following is true for displacement?
1. It cannot be zero.
2. Its magnitude is greater than the distance travelled by the object.
Answer:
Both of the statements are not true as: 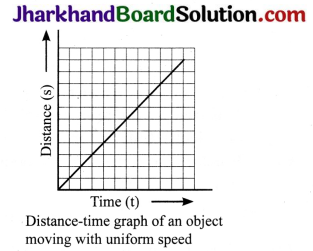 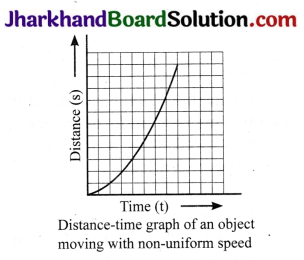 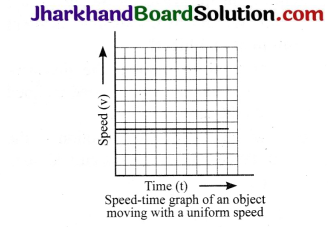 Question 4.
What is the quantity which is measured by the area occupied below the velocity – time graph?
Answer:
Displacement covered by the body in the given time interval. 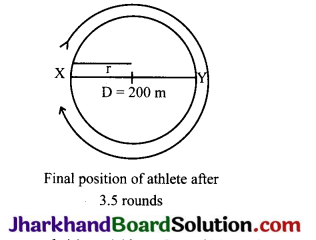 Question 6.
Figure shows the distance – time graph of three objects A, B and C. Study the graph and answer the following questions:
(a) Which of the three is travelling the fastest?
(b) Are all three ever at the same point
(c) How far has C travelled when B passes A?
(d) How far has B travelled by the time it passes C? 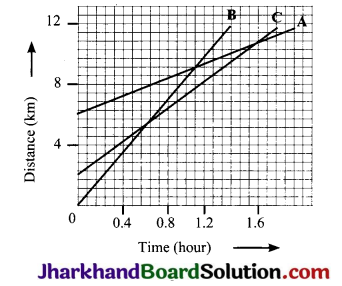 Answer:
(a) B is travelling the fastest.

(b) No. Because three lines do not meet at any point.

(c) When B passes A, C is at a distance of approximately 8 km from the origin.

Question 8.
The speed – time graph for a car is shown in figure. 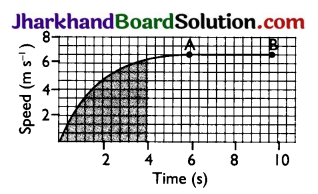 (b) The straight line part of graph, from point A to point B, represents uniform motion.