Question 7.
Which of the following is not the devel-opment in the field of communication?
(a) Cellular phone
(b) Laptop
(c) Internet e-commerce
(d) pipeline
Answer:
(d) pipeline

Question 4.
What are the three names of Express or Freeways?
Answer:
Three names are:

Question 8.
Name the two navigational rivers of India.
Answer:
Ganga and the Brahmaputra.

Question 1.
What are national highways?
Answer:
The highways which link all major cities of extreme parts of the country are known as national highways. These are the primary road systems. They are maintained by the Central Public Works Department (CPWD).

Question 2.
What are state highways?
Answer:
Roads linking a state capital with different district headquarters are known as State Highways. These roads are constructed and maintained by the State Public Works Department (PWD) in States and Union Territories.

Question 3.
What are border roads? Mention its importance.
Answer:
Strategically important roads in the bordering areas of the country are called border roads. These roads are in the northern and north-eastern border areas. Importance of Border roads:

Question 7.
Describe the importance of communi-cation in modern days.
Answer:
Modem life is so complex that one has to depend on others. The same is true of the countries as well. No country today can prosper without the co-operation and assistance of others. This requires movement of goods and materials between countries. Trade provides us with our necessities and also adds to amenities and comfort of life.

Question 9.
The Great Plains has more railways than the Himalayan Mountains. Why?
Answer:
The distribution pattern of the railway network in the country has been .influenced by physiographic, economic and administrative factors. Level lands of the great plains of India, with high density of population and rich agriculture and greater industrial activity, have favoured development of railways in these areas. Flood plains of Bihar and Assam, and the rugged topography of the Himalayan region, have very few railway lines.
Sparsely populated sandy deserts of Rajasthan and hilly tracts of the Sahyadri are unfavourable for the development of railways.

Question 2.
‘Roadways have an edge over railways in India.’ Justify the statement with arguments.
Answer:
The growing importance of road transport vis-a-vis rail transport is rooted in the following reasons:

Question 4.
Describe the importance of pipelines in India.
Answer:
Pipelines are important because:

Question 1.
Locate the four cities came in Golden Quadrilateral and join them in a line map of India. 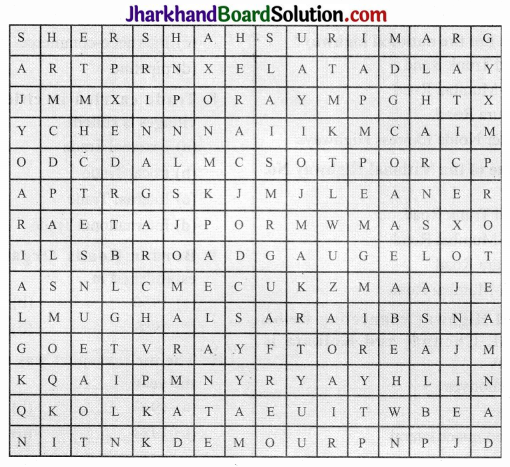 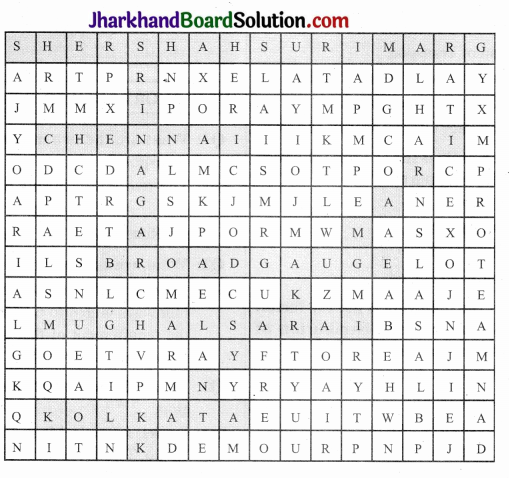